Sam Goldman was thirty-four years old when he enlisted at Paddington on 29th August 1941. A successful businessman, he was initially offered a rank … Read more

Information and photograph of Jack Green was provided by his son, … Read more

Maurice Green was the son of Israel and Bella Green and brother of Ette Bay, Lea Portrate OAM and Eleonore Solomon. Israel Green was a … Read more

Ernst Gruenewald (Yaari) was born in Rheinböllen, Germany in 1920 and died in Israel in 1998.

He joined his brother, Herbert, as a volunteer in … Read more

Herbert Gruenewald was born in 1915 in Rheinböllen, Germany and died in 2006 in Sydney, Australia.

The following was written by him and forms a … Read more

William Arnold Hillman was born in Western Australia on 29 October 1914 and grew up in Sydney and became a doctor. He enlisted in the … Read more 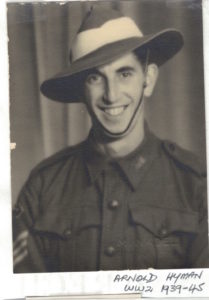 Arnold Hyman served in New Guinea in WWII. He was repatriated to Heidelberg hospital and then home to Sydney.

He rarely spoke of his service … Read more

Captain Ian Isaacs was a surgeon who served in the Australian Army in Vietnam.

He grew up in Kingsgrove NSW, attending the local primary school … Read more 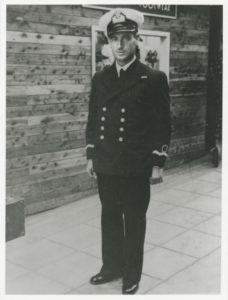