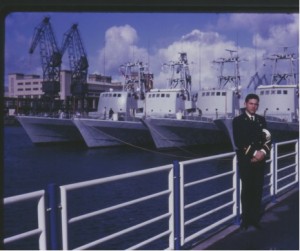 NAJEX is hosting a talk by a senior Israeli Naval Officer who in 1969, participated in a daring and successful naval operation that had great military significance both for Israel and for naval warfare generally.

As a young lieutenant, Ygal Shapir was part of the plan to take delivery of 5 missile boats that had been commissioned by Israel from a French ship builder and paid for in full. However the completed (but unarmed) boats became  subject to an arms embargo which President de Gaulle had imposed. They were desperately needed by the Israelis and so the Israeli Navy devised a plan to ensure they were delivered.

Come and hear a senior member of the crew of one of these small warships (and currently the State Executive Director and Jerusalem Emissary of JNF NSW) speak about the operation and its eventual military significance for Israel and naval history.

“The Jewish Experience of WWI” and NAJEX AGM

On Sunday 8 September, 2019, the NSW Association of Jewish Service & Ex-Service Men & Women will hold its Annual General Meeting at the Sydney Jewish Museum. Refreshments will be offered from 10.15am, with the meeting commencing at 10.30am and concluding at 11am. From 11am, Peter Allen will deliver a talk on the Jewish experience of World War… Read more »

NAJEX has pleasure in inviting you, your family and friends to our annual Anzac Day Commemoration and Wreath Laying at 9.30 am on Sunday 17 April 2016 at the Sydney Jewish Museum, 148 Darlinghurst Rd, Darlinghurst. The guest speaker will be Former Federal Member of Parliament, Colonel, Mike Kelly AM. If you would like to… Read more »

The 2015 Annual General Meeting of NAJEX will be held at the Sydney Jewish Museum on Sunday 18 October 2015  at 10 am and will include a talk on Australia’s participation in the Boer War by Col Tony Larnach-Jones, the Vice President of the National Boer War Memorial Association. For further details click on AGM 2015