Abraham Rosham (subsequently changed by deed poll to ‘Alan Katel’) was working as a Wool Buyer in the south west of Western Australia, when the Second World War broke out. Fiercely patriotic, he put his age up in order to enlist in 1942 and after his training in Puckapunyal, went to New Guinea as a Sapper doing wireless operating and other non-combat duties. He was in Field Company 2/1 at the time of discharge in April 1946.

In March 1947 he married Sadie Staricoff and changed his name to Alan Katel and they had two daughters, Lesley and Linda.

He continued working as a wool buyer until the government took over and then bought into a service station where Sadie helped him.

He was always a very keen sportsman and played soccer, tennis and cricket. He was passionate about cricket and played his last game at the age of 81 and made 1 run! He also bought a speed boat when his family were young and did water skiing with them. In his last years he played bridge and bowls.

He also became very involved with the local Probus community and worked for the Chevra Kadisha and collected for the JNF Bluebox.

He was very healthy until the last few years of his life and passed away in 2010 at the age of 86, after a short illness. 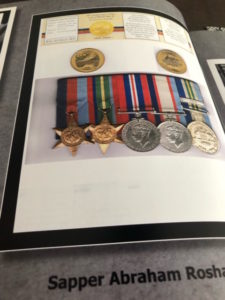