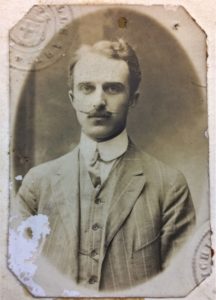 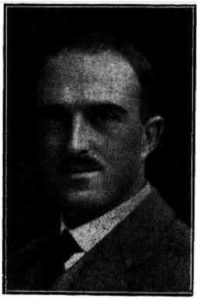 Gordon Samuel Keesing was born at Auckland, May 19, 1888, the eldest child of Henry ‘Harry’ Albert and Hannah Rachel Keesing (nee: Benjamin). Nancy Keesing in Riding the Elephant confirms the Keesing family role in the establishment of the Auckland Jewish Synagogue in 1885, prior to her father’s birth.

Gordon emigrated to Australia in 1907 to pursue his passion for Architecture in Melbourne and Sydney, with subsequent years lived in Britain, Italy, America and France, undertaking architectural training in Beaux Arts. Known for his artistic skill, Keesing grasped the opportunity to travel and sketch the classical architecture and built heritage throughout Britain and Europe. 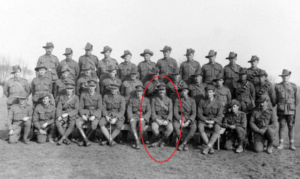 Fig 3 – Group portrait of the officers and NCOs of the 12th Field Company of Australian Engineers, Nieppe, France, March 13, 1918, AWM

Keesing was a practicing architect in Sydney when volunteering for active service within the Australian Imperial Forces (AIF) December 2, 1915. He received a commissioned role as 2nd Lieutenant to serve on the Western Front within the 12th Field Engineers, 4th Division. His military life and service commenced at the Engineer Officers Training School located at the Sydney Cricket Ground. On the morning prior to his deployment overseas, Keesing attended The Great Synagogue Sydney and received ‘a special blessing in English’ from the Rabbi.

After his journey from Sydney aboard HMAT Nestor A71, April 9, 1916, the month of May in Cairo, Egypt, involved ‘Camp Officer’ duties at the Intermediate Base Depot. Leaving Cairo in a cattle truck for Alexandria, the SS Briton, May 28, 1916, Keesing disembarked in England, for base camp training at Park House Camp near Salisbury, and later, a camp at Christchurch, Dorset, England, prior to his deployment to the Western Front on October 4, 1916.

A devoted letter writer to his parents in Auckland, correspondence forwarded during the war years obscured the harsh reality of war; this discretion reflective of Keesing’s demeanour throughout his lifetime. During service abroad, Keesing’s duties involved letter censorship, with instructional suppression of war information and operational details to avoid enemy infiltration drafted by General Sir John Monash.

The distance from homeland to those on active service was never more apparent when sad news arrived to the frontline. Keesing received notification by cable of his younger sister, Beryl’s death, 19 February 1917, and his parent’s guardianship of her only son, Lindsay (known ‘Buster’).

During his war service, Keesing from January 1917 was appointed to rank of Lieutenant, and served as Temporary Captain in 1918 in the absence of his superior. Shortly before the armistice, during service ‘in the field’, Acting Captain Keesing was transferred to the Commanding Royal Engineers AIF Unit (CRE). Throughout his war service, as part of the AIF Education and demilitarisation scheme, Keesing provided lectures in Town Planning and travel.

At the end of January 1919, Keesing received a commissioned position as Principal Australian Architect for the War Graves Unit, working as a staff member at Australia House Headquarters, London, for Allan Edward Box, ‘the official Secretary to the High Commissioner for Australia’. A letter home highlights his February 1919 ‘trip to Lille and other districts of France’ in the company of Prime Minister, Billy Hughes – crossing the English Channel, and ‘motoring in a Rolls Royce’.

Sir Douglas Haig, prominent British military leader mentioned Keesing in a dispatch of March 16, 1919, with this special mention documented in the London Gazette 31448 of July 8, 1919. This was specific to his architectural service in association with the Australian War Graves Section and IWGC (now Commonwealth War Graves Commission – CWGC). Keesing received his final military promotion and ranking of Captain. 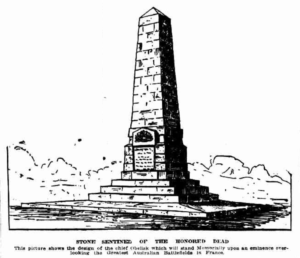 The Australian Divisional Memorials located in France and Belgium were a Commonwealth Government initiative authorised by Prime Minister Billy Hughes, organised by the Australian High Commissioner, Andrew Fisher, and his Private Secretary, Allan Edward Box, in conjunction with the Australian Battle Memorials and Soldiers’ Graves’ Committee. Erecting Australian Divisional Memorials was in response to requests from each Division and their military superiors to establish a memorial at ‘victory’ locations (known then as ‘Battle Exploit sites’) – where each division had success in their respective campaigns. The organisation of such memorials on the Western Front required much collaboration between British officials, French and Belgium governments.

In London, during the early months of 1919, Keesing prepared war monument designs for the comprehensive Australian Battle Exploit scheme. A few of these original plans were never realised due to several factors, including lack of finances post-war. During this period, he was tasked with producing two National Australian Memorials for Villers-Bretonneux and Broodseine Cross Roads, the uniformed Australian Divisional Memorials for exploit sites chosen by each Division, and plans for the conversion of a library into a memorial room at Australia House. The uniformity of obelisk design (for memorial 1,3,4,5) provided instant recognition as a distinct Australian landmark in a foreign landscape, with each location highlighting the area as a victorious AIF  battle exploit site.

The various Australian Memorial Schemes final sketches and plans Keesing personally delivered to Talbot-Hobbs in Amiens, France, April 1, 1919 – travelling from London. The following day, Keesing accompanied Talbot-Hobbs and other senior military officials to Villers-Bretonneux and other battle exploit sites. Before returning to Australia, he submitted further designs on September 10, 1919, for the bronze inscription panels for Divisional Memorials 1, 3, 4, and 5. 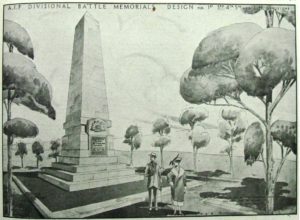 References in the lower right of the below plan highlight Keesing as designer, the preceding Belgian Engineering Architect Emile Devereux of Charleroi (employed to provide engineering plans for this design), and the Principal Supervisor of the Australian Divisional Memorials Battle Scheme, Lieutenant General Sir John J. Talbott Hobbs.

AICOMOS Australia (Australian International Council on Monuments and Sites) infers Keesing’s original 1919 plan for the Australian National Memorial, his design elements and layout for Villers Bretonneux was considered and even reinforced by British Architect, Sir Edward Lutyens, when the Imperial War Graves Commission (IWGC) were involved in its construction decades later.

From late April until June 1919, Keesing travelled to Gallipoli, as commissioned Australian Architect and representative to report on war graves in conjunction with Captain Cyril Emerson Hughes. Alongside the Principal Architect, Sir John James Burnet (appointed by the IWGC), Keesing was to contribute, collaborate, prepare artistic schemes and landscaping plans for the Australian Memorial Scheme for the Gallipoli Peninsula. Burnet and Keesing shared a common architectural background and interest in LÉcole des Beaux Arts instruction. Various memorials were designed during this period, including Helles Memorial and the Lone Pine Memorial. 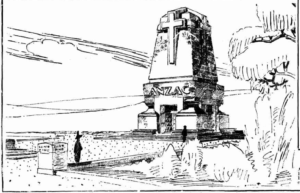 Any plans to continue employment with the IWGC, or prospects for postwar employment in America evaporated due to the sudden death of his father, Harry, on Sunday September 14, 1919. On October 30, 1919, Keesing embarked from London aboard HMAT Wahehe for his return sea voyage to Australia. Keesing disembarked in Sydney on Monday, December 15, 1919, and he travelled to Auckland soon thereafter. His mother Hannah Rachael, and nephew, Lindsay Parker later migrated to Australia. Post-war, for a short period of time, Keesing resumed working with George Sydney Jones, Stock Exchange Building, 113 Pitt Street, Sydney.

War service had a deep and long-lasting effect upon Keesing. He set a demanding pace post-war to re-establish himself as a civic and suburban architect, his philanthropic endeavours, and his role in the Jewish Literary and Debating Society. Keesing offered his skills and service as Honorary Architect for the Returned Soldiers and Sailors Imperial League NSW, assisted civic committees in erecting Memorials, reported on War Service Homes for Returned Soldiers, Honorary Secretary Returned Soldier Architects, Honorary Architect for the RSPCA, and involvement in Legacy. All these acts of service are reflective of the ethos inscribed in gilt lettering above the original stage in the NSW Jewish War Memorial Hall – ‘The Path of Duty was the Way to Glory’.

Rabbi Cohen at The Great Synagogue on November 1 1922 officiated at the marriage of Margery Isabel Rahel Hart to Gordon Samuel Keesing, making their home in the Sydney suburbs of Darling Point, Pennant Hills and eventually Roseville.

During the same year as his marriage, Keesing designed the bronze memorial plaque in memory of the supreme sacrifice of NSW Jewish Soldiers, officially unveiled by Samuel Sydney Cohen in the portico of The Great Synagogue Sydney. 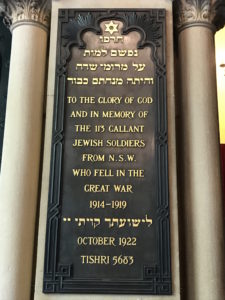 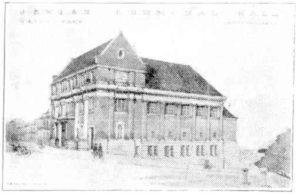 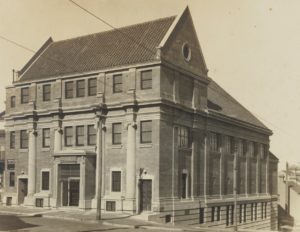