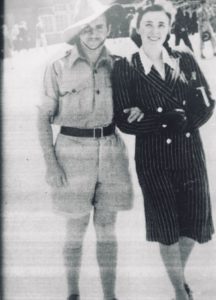 Kurt Nothman arrived in Australia from Germany in September 1939 and joined the Australian Army in 1942, when it was decided that refugees from Europe should be admitted.

He joined the Jewish Returned Ex-Servicemen before the 1948 incorporation of NAJEX and was appointed a councillor of NAJEX in the 1950s. As at April 2000, he was NAJEX’s longest serving, continuous councillor. (He was made an Honorary Life Member for his extraordinary service to NAJEX.)

Before the appearance of kosher cakeshops, Kurt serviced the Jewish community with challot and Bar Mitzvah cakes from the Model Bakery in Bondi Junction. To the non-Jewish community he was known as the ‘Bun King of Bondi’.

In 1940 Kurt married Dora, his teenage sweetheart from Germany and they raised three sons, the eldest of whom, Peter, served in the Israeli army during the Yom Kippur War. 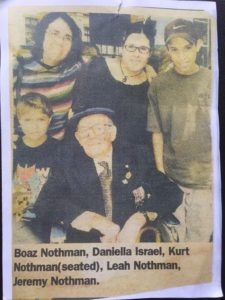 Kurt Nothman and his family

Photographs and information on Kurt Nothman were provided by his son, Peter Nothman.