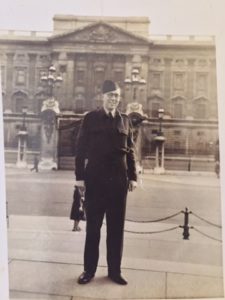 On 20 October 1942 Neil Cohen enlisted in the Royal Australian Air Force at just 18 years of age. (This would have been an exceedingly difficult time for his mother, Mona, as her husband, Roy, had been tragically killed in a car accident near Moree, when he was on holiday with Neil, then aged 11. That was the saddest day of Neil’s life.)

Neil was sent to Mildura for training and wanted to train as a pilot, however his eyesight was not good enough.  As he had an accountancy background, the Air Force considered that his skills would be especially useful in London, UK.  So he left Sydney in 1943 sailing on the SS Seascape to San Francisco and then travelled by train across America to New York.  From there he sailed for England on the Queen Elizabeth disembarking in Southampton.  The cabins had been designed for two people, but were converted to accommodate from eight to ten people.  This made for a very crowded and uncomfortable journey, particularly crossing the Atlantic Ocean with the threat of submarines and bombings.

Neil was then based in London, at the RAAF Headquarters, where he experienced the horrors of the London blitz.

A few months before the war ended in Europe, Neil was given instructions that he would be transferring to the war against Japan.   However that did not eventuate and he returned to Sydney by ship via the Suez Canal to Perth and disembarked in Melbourne.

He and his fellow servicemen arrived in Sydney by train, where they were warmly welcomed by their families.  He was discharged on 10th May 1946.

Neil was very active in NAJEX and held the position of Treasurer for many years. When the Randwick Montefiore Home was opened, he and his lifelong friend, Wesley Browne OAM, together with their respective wives, Shirley and Sari, donated the Flagpole where ANZAC Day and Remembrance Day Services are commemorated. 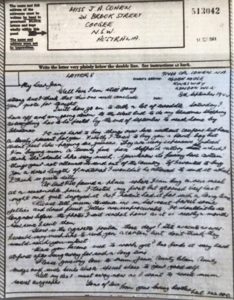 Letter from Neil to his sister, Jean in September 1944 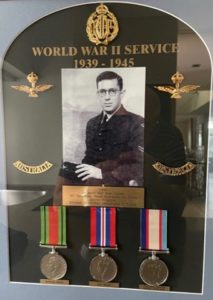 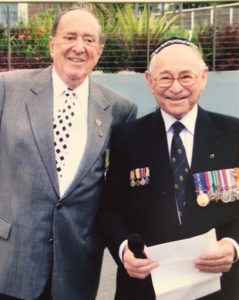 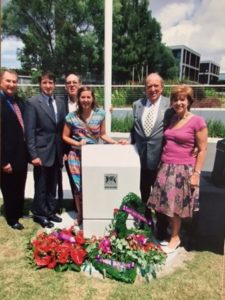 Neil with members of his family at the Flagpole Dedication, Randwick Montefiore Home