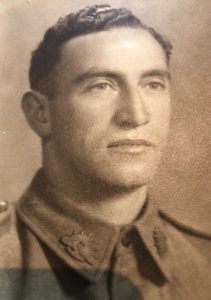 Sam Goldman was thirty-four years old when he enlisted at Paddington on 29th August 1941. A successful businessman, he was initially offered a rank and a position in Australia helping organise supplies etc. Instead, Sam opted for the lowly rank of private in the serving army. Assigned to the 2/20th Battalion of the 8th Division basic training was held in Sydney and Liverpool, before he shipped out to Singapore in January 1942.

Arriving on Australia Day and reassigned to the 2/26th Battalion, he saw less than three weeks of action before Singapore fell to the Japanese on 15 February. Sam, amongst thousands of others, was swept into the notorious Changi Prisoner of War camp. In later years, he spoke of the privation and terrors of that camp and of slave labour on the Thai-Burma Railway. He told of men sick with Cholera falling behind in forced marches being shot by guards; of being made to burn their bodies, of holding others as their gangrenous legs were hacked off without anaesthetic; of toiling for days sick with malaria barely existing on less than a cup of rice a day, of the Changi guard who beat him and threw scalding water over his legs, leaving him unable to walk for weeks. 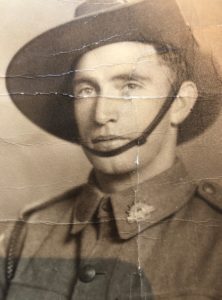 Despite the horrors, like all Aussie soldiers, he also had lighter stories to tell. The explosion made by illicit fermented rice wine that confused the Changi guards, the extraordinary meeting of a Japanese guard who admitted to being Jewish and, for a few days, slipped extra food to Sam and his friends before disappearing, the Changi Synagogue, a special place of hope against evil, likewise the few letters from home passed on by the censor. Sam was freed on 5th September 1945 after three-years-seven months in captivity. 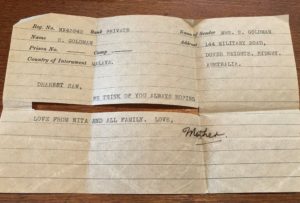 Telegram to Sam Goldman from his mother, June 1945 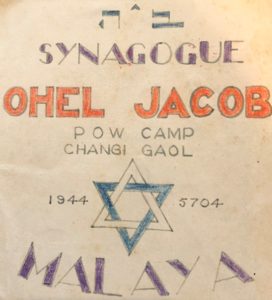 Hand drawn invitation to the dedication of the Changi Synagogue brought back by Sam. 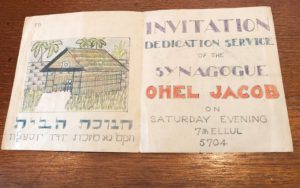 Inside of the invitation 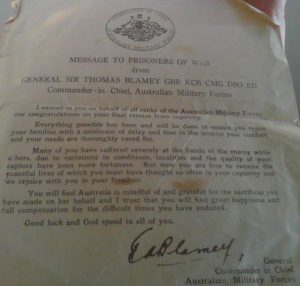 Message to POWs from General Blamey, which was received by Sam

Photographs and information on Sam Goldman were provided by his daughter, Sarah Goldman