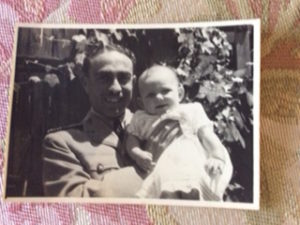 He returned to Sydney on compassionate leave in 1942 and transferred to the Airforce, RAAF Officer Service no. 263735. Series A9300

He saw service in Parkes, Tocumwal, Cooktown and Solomon Islands.