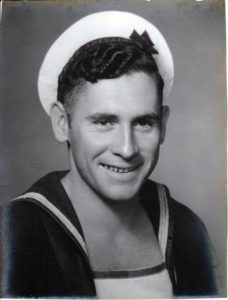 Jack Kensell (Service no S3551) served as a stoker on HMAS Perth. (His actual name was Jacob Rolph Kensell, but he signed up under the name Jack.)

After WW2 he trained as an air-conditioning engineer and ended up as the engineer at Marrickville Hospital.