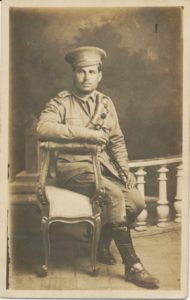 On Australia Day 1914, a short seven months before he was to enlist in the AIF, Abraham Weingott was awarded a prize of an engraved silver-plated tureen for his individual success as an oarsman in the winning scull in the annual Anniversary Regatta of the Mosman Rowing Club.

Abraham served in WWI, first in the artillery and then in the Employment Company eventually rising to the rank of Sergeant.  He enlisted on 24 August 1914 and embarked from Australia on 18 October 1914. He arrived in Egypt for training and from there was sent to Gallipoli. He then served in France. He was wounded in action, a gunshot wound to his left leg on 23 October 1917 in Belgium and was sent to England to recuperate. He re-joined his unit on 29 January 1918 but in March was sent to the hospital sick and on 2 May  was transferred to the Employment Company, where he served until he returned to Australia on 24 September 1918.

At Gallipoli both his cousins were killed within weeks of each other in the fierce trench fighting on the slopes of Anzac Cove. Pte. Alexander Weingott, who was wounded in action and died on the 2nd of May 1915 in Alexandria, Egypt, is recorded as the first Jewish soldier to die in the Gallipoli campaign. Pte. Samuel Weingott (of the famed Diary recording the first months of action), died of wounds on 5th of June, just within weeks after the death of his other brother, the two having fought alongside each other on the treacherous slopes of Gallipoli. 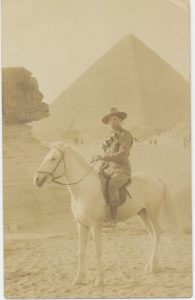